It’s your story. Tell it.

It all starts with the blank page. It can take a lot of courage and dedication to be a writer of any sort, and especially so in the entertainment industry, where it seems like just about everyone is working on a script of some sort. You’re a long way from Mrs. Francis’ high school English class now, but we’ve got your back. We want you to be the very best writer you can be, so we’ve provided some solid resources just for writers below.

For even more writing opportunities, make sure you check out The Catalyst Writers Group and our list of Recommended Books for writers. With the right tools and a firm commitment to apply the seat of your pants to the seat of your chair, you could just find yourself writing the next great American screenplay! 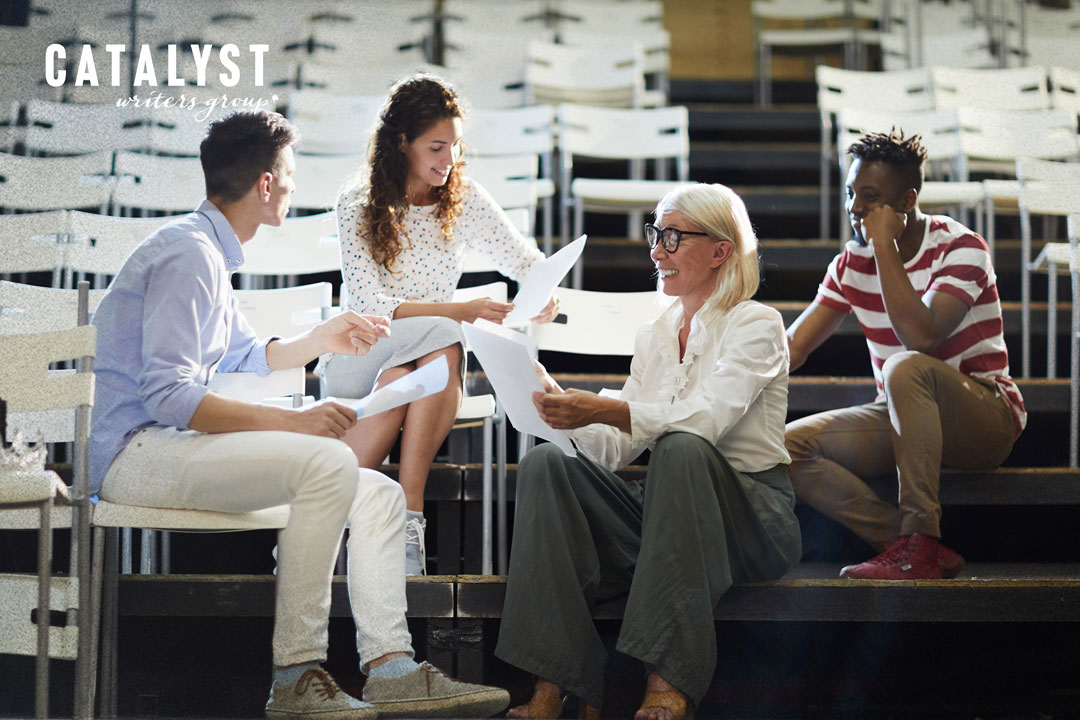 Check out the resources below, and don’t forget to dive into our list of Recommended Books for writers. And if you run across other resources that would be good to include here, let us know!

Equity, Organizations, Screenwriting, Writer
A non-profit organization committed to the development and advancement of African-American writers.

Guilds & Unions, Screenwriting, Writer
A labor union composed of the thousands of writers east of the Mississippi River who write the content for ...

Guilds & Unions, Writer
A labor union composed of the thousands of writers west of the Mississippi River who write the content for ...

Screenwriting, Writer, Writing Competitions
An international competition sponsored by the Academy of Motion Picture Arts and Sciences that seeks original ...

Screenwriting, Writer, Writing Competitions
An annual screenwriting contest, to find and promote talented new screenwriters; awards prizes in kind, but not in cash.

Publications, Screenplay Submissions, Screenwriting, Writer
What started as a survey of development execs about their favorite unproduced screenplays has grown into a ...

Screenplay Submissions, Screenwriting, Writer
This paid service helps writers pitch their scripts to industry pros, with a guarantee of a response.

The Black Board Blog

By Ken Levine: The World As Seen By a TV Comedy Writer

Publications, Recommended Reading, Screenwriting, Trade Magazine, Writer
An online and print magazine that interviews writers about the creative processes of writing for film and television.

Go Into The Story

The Q and A with Jeff Goldsmith

Publications, Screenwriting, Writer
A podcast about all things related to screenwriting and the creative process.

Publications, Screenwriting, Writer
An educational, non-profit, volunteer-driven organization created by and for writers.

Applications, Screenwriting, Software & Apps, Writer
Cast and build your characters, plot out your story, layer in themes with universal meaning, and put it all ...

Applications, Screenwriting, Software & Apps, Writer
Fade In A clean, straightforward app for writing and formatting without all of the extra bells and whistles that ...